She won a Presser Foundation Graduate Award for a project in early Baroque monody. She is also a recipient of a Colburn Foundation Scholarship in Early Music Performance. While at USC, she sang with the Thornton Baroque Sinfonia, the Early Music Collegium, and with Natur Early Music Ensemble.

She is the founder of the Favolare Ensemble, which made its debut at the Berkeley Fringe Festival in June 2016 with a program based on the Presser Award project. The Ensemble will specialize in under-performed, neglected composers works before 1700.

Areas of particular interest: Early Baroque Italian monody and the emergence of solo song; the role of rhetoric in the development of early song; XVth century Burgundian chançons and Italian frottole; Nôtre Dame polyphony; early Tudor era, so much history, so little time….

She currently resides in the Bay Area after spending five years in Los Angeles. Before Los Angeles she performed with San Francisco’s Lamplighter’s Music Theatre in the mezzo roles of Gilbert & Sullivan and classics of American musical theater – her favorite being the Old Lady in Candide. She studied voice in New York City for six years where she performed such mezzo roles as Hansel, Cherubino, Siebel, Smeton, Sesto, Tisbe, Prince Orlovsky, Wellgunde. 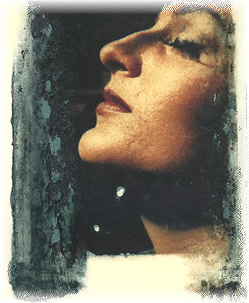